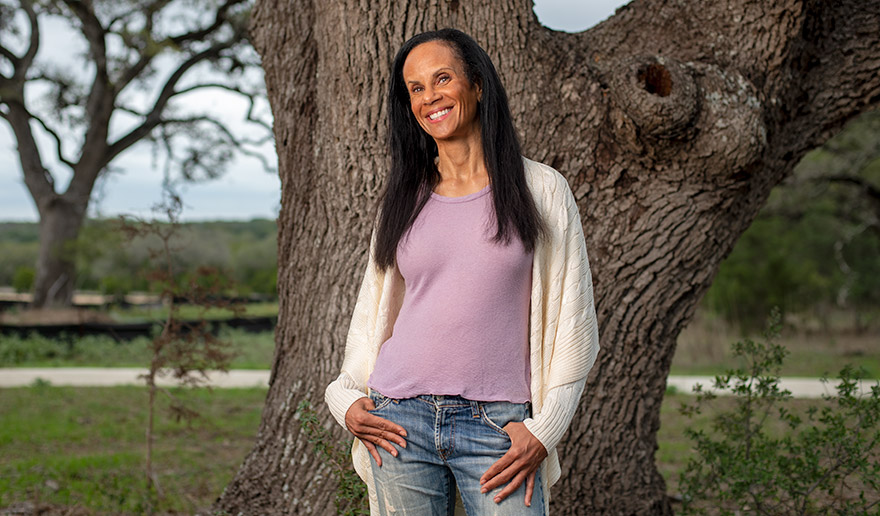 As the Nigeria-Biafra war raged around them, Stella Dyer (MBA 1994), her mother, and her brother made a dangerous dash for a better life. Huddled in the belly of a Portuguese cargo plane returning from delivering arms to the Biafran forces, Dyer remembers Nigerian soldiers shooting at the aircraft as it took off. Once they landed in the United Kingdom in the dead of winter, the family found themselves with nothing, shivering in their summer clothes.

“We lived in public housing and had very little money, but we still had more than our friends and relatives back home,” Dyer says. But their attempts to help those who remained there, she remembers, were undermined by the cumbersome money-transfer rails of the 1970s. “My mother would try to send over what little money she could spare, but the system made it nearly impossible, with terrible fees and long delays. Often the payments couldn’t be made at all.”

Fast-forward to 2020 and the pandemic, when Dyer and her friend, entrepreneur Kene Ezeji-Okoye, again saw a system badly in need of updating. Existing payment networks were extracting big fees from individuals and merchants, despite sharp declines in cash use and other major disruptions to small businesses and personal livelihoods. “For many small businesses, that meant tough times got even tougher, which inspired us to look for alternative solutions that put people first,” Dyer says.

Ezeji-Okoye asked Dyer, who had worked as an investment banker with Morgan Stanley and Goldman Sachs, and held C-suite roles with several large private equity firms, for help with an idea that would eventually become Millicent, their blockchain-based digital financial venture. Dyer says Millicent’s payments network will be a purpose-built system that features low fees, and sub two-second settlement, all while requiring less computational power and using far less energy than many current blockchains. Dyer says they have also tested the first public stablecoin (a cryptocurrency that has its value pegged to a commodity or currency or its supply regulated by an algorithm) backed entirely by cash, which is held by a regulated third party in a segregated account.

Millicent Labs named among top 100 startups in the UK